Internation: Dengue outbreaks occur in Singapore almost every year in a specific season. However, the outbreak of Aedes mosquito has started long before that time this year. Even more alarming is the fact that more than twice as many people were infected with dengue there before the start of the season as last year. As a result, what will happen in a few days, has started to raise fears in Singapore.

A total of 5,252 dengue patients were identified in the small Southeast Asian country by 2021, according to CNN. But this year more than 11,000 people have been infected.

Experts warn that the situation is worrying not only for Singapore, but for the whole world. This is because the outbreak of such diseases may become more regular in the coming years due to climate change.

Dengue is not a minor disease. It causes flu-like symptoms, such as high fever, headache and body aches. In severe cases, bleeding, shortness of breath, paralysis, and even death can occur.

The worst dengue outbreak in Singapore was in 2020. Pictures collected

Singapore’s Home Minister Desmond Tan says dengue is on the rise in the country. This control has now gone to the emergency stage.

Experts say the dengue situation in Singapore has worsened due to the recent adverse weather. Their problem can also be a warning to others. Because, many more countries are experiencing prolonged warm weather and thunderstorms, which help to spread both mosquitoes and viruses.

A global dengue report by the World Health Organization (WHO) in January said it had now become a regional disease in more than 100 countries. Infection has increased 30 times in the last 50 years. With the spread of dengue in new areas, not only the number of patients is increasing, but also the outbreak in the form of explosives.

According to the WHO, a record 5.2 million dengue patients were identified in the world in 2019. The outbreak killed thousands of people across Asia that year. Dengue kills hundreds in the Philippines, leaving millions more at risk. The country declared it a national epidemic. At the same time, overcrowding of patients can be noticed in the hospitals of Bangladesh. And for the first time in Afghanistan, dengue infection was recorded.

The following year saw the worst outbreak in Singapore’s history. In 2020, 35,315 people were infected with the disease in the city-state, and at least 26 died.

Although only one person has died of dengue in Singapore so far this year, local authorities are reluctant to take any risks as the number of cases continues to rise. A spokesman for Singapore’s health ministry said about 11,060 people had been infected with dengue as of May 28 this year, of which about 10 per cent had to be hospitalized. 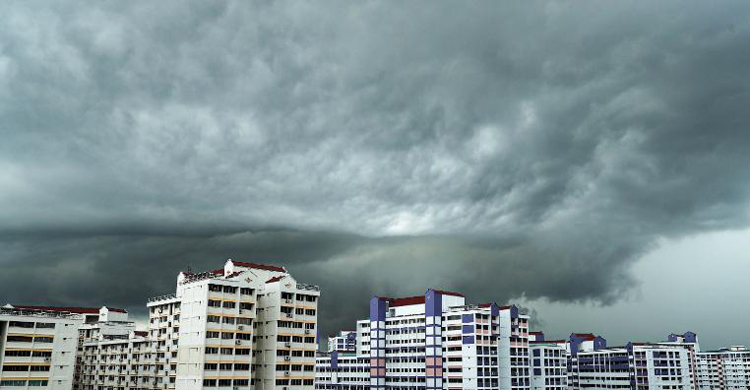 However, with the onset of the peak infection season, experts say the number of dengue patients in Singapore is expected to set a new record this year.

According to Ruklanti de Aluis, a senior research fellow at Duke-NUS Medical School and an emerging infectious disease specialist, there may be multiple reasons for the increase in dengue outbreaks in Singapore, such as the recent warm and humid weather as well as the new powerful virus strain. However, the worst situation is climate change.

Predictive models from the past, he said, have shown that global warming due to climate change will eventually increase the geographical area (where mosquitoes breed), as well as prolong dengue transmission seasons.